WHAT THE HECK IS AN…Alternator? 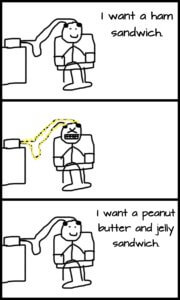 The alternator charges the battery to power the electrical components in a vehicle. It uses battery power to create and send back more electricity. 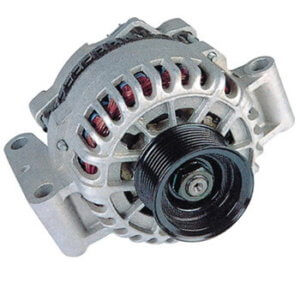 They usually aren’t this squeaky clean.

The first two science-y things to know are:

There are, of course, multiple parts to an alternator: 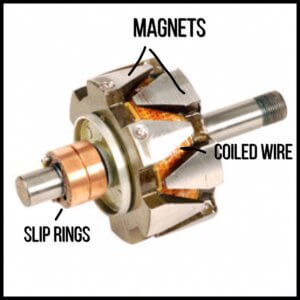 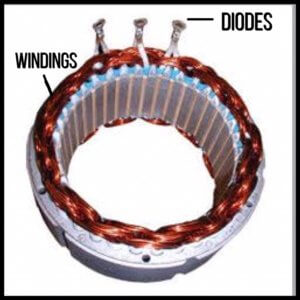 For many alternator problems, the best solution is to replace the whole thing with a new or rebuilt one because the parts can be expensive with more labor in addition to them. Here are some common problems with alternators:

There are a few things you can listen or look for when it comes to detecting alternator failure. If you hear a squealing or grinding sound, it could be bad bearings. Did your battery indicator dash light come on? It could either mean a bad battery or trouble with the alternator. If your headlights and interior lights are dimmer or the battery indicator dash light only turns on when you’re using more electronic features (seat warmers, CD player, travel espresso machine, portable washer and dryer, etc.), that could point to a failing alternator. 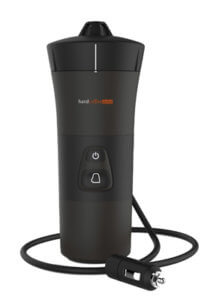 Handpresso Coffee Machine for Automobiles is an actual thing. How have I not heard of this before?!?

So, there you have it. Now you know what the heck an alternator is NOT, what it IS, how it works, and learned that travel espresso machines ACTUALLY EXIST.