WHAT THE HECK IS A…Carburetor?

PLEASE NOTE THAT CHAD MILLER AUTO CARE DOES NOT WORK ON VEHICLES WITH CARBURETORS.

BUT…Just for the sake of education… 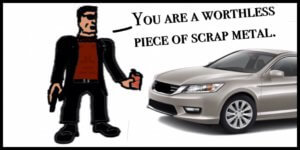 He may or may not be back.

A carburetor is an “old school” device that regulates the mixture of fuel and air that is heated in an engine. Some vehicles manufactured between 1950-1990 and ALL vehicles manufactured after 1990 have an electronic device called a fuel injector, which has the same basic function, but is much more efficient. 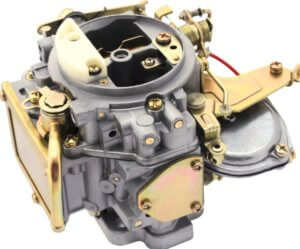 Basically, your car runs on explosions from burning fuel and air. The faster your car is running, the more it is exploding. So how is the mixture of fuel and air regulated in a carburetor? 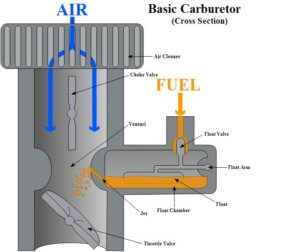 Like I mentioned before, a fuel injector has the same basic function as a carburetor, but does it in a more efficient way. A fuel injector is controlled by the Engine Control Unit (ECU). The ECU detects the air flow in an engine and activates the fuel pump. That moves fuel into the fuel injector, which sprays a fine mist of fuel relative to the amount of air flowing through the throttle into the engine’s intake valves. When you accelerate, it opens the throttle, which lets in more air and causes the fuel injector to spray more fuel.

There are a couple of fuel injection systems:

Speaking of injections, this is one of my favorite injection videos on the Internet. Click here to watch

So, there you have it. Now you know what the heck a carburetor is NOT, what it IS, and hopefully giggled like that little kid at the doctor’s office.