WHAT THE HECK IS AN…Engine Mount? 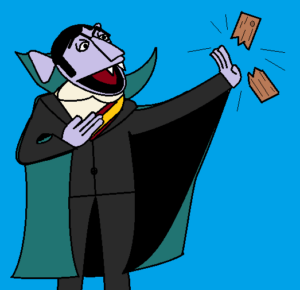 An engine mount (also called a motor mount) is pretty much exactly what it sounds like. It is the device that secures the engine to the sub-frame of the vehicle. There are usually 3 or 4 of them in a vehicle.

Why Must the Engine Be Mounted?

The engine is an integral part of a vehicle, and it’s basically powered by explosions (gasoline/air + spark = BIG BADA-BOOM). Nobody would want that precious of a component to be prone to being thrown around under the hood any time the vehicle is moving. That baby needs to be locked into place. 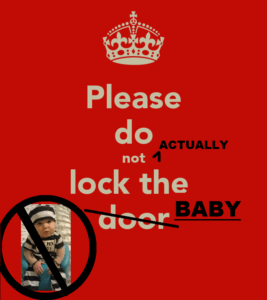 Does the Engine Mount Serve Any Other Purpose?

Yep. Because the engine is basically powered by explosions, it creates a lot of vibrations. The engine mounts, like the harmonic balancer, are made of metal and rubber. Some have liquid inside them instead of rubber, and others work on a vacuum system. The rubber (or liquid or vacuum) absorbs that crazy vibration so it doesn’t transfer to the sub-frame of the vehicle and cause it to “shake it like a Polaroid picture.”

The most common malfunction of an engine mount is deteriorated/broken rubber or a leak (if it has liquid inside it). That can be due to age, normal wear, or outside trauma. There isn’t a way to regularly maintain an engine mount other than checking it for signs of abnormal wear and listening for excessive vibration when the engine is running. 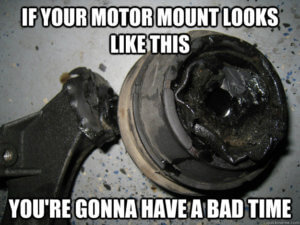 So, there you have it. I know this week’s post was slightly shorter. However, now you know what the heck an engine mount is NOT, what it IS, and saw my first Microsoft Paint doodle of a beloved children’s television show character.